G and I went to the Acadia Night Skies event where we got to listen to speaker Dava Sobel.  Ms Sobel is a writer who specializes in Scientific topics.  She wrote ‘The Glass Universe’ about the ladies of the Harvard observatory.   G even got to meet Dava up close and personal, after asking her the question of the hour, ‘Is it URanus or URANus?’  The answer: URanus, like the Goddess.

Dava even signed a note to G’s teacher and class (while she was in PS briefly) to inform them of the correct pronunciation of Uranus. 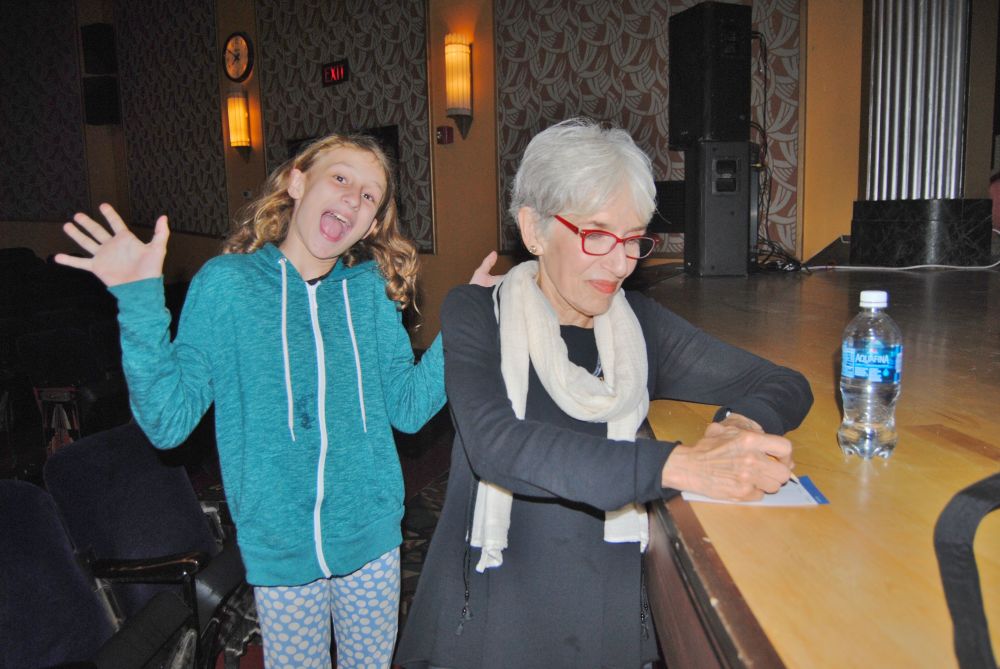 Another interesting part of the night?  This was held in the Criterion Theater, known for being a Speakeasy during prohibition!

The hidden area was transformed into a green room, but because of the liability we couldn’t visit that area.  The other cool part of history was the telephones that linked the theater with the speakeasy.

Didn’t get a good shot of the theater, but here are the phones… the ladies in the ticket booth could see the fuzz coming and warn patrons!